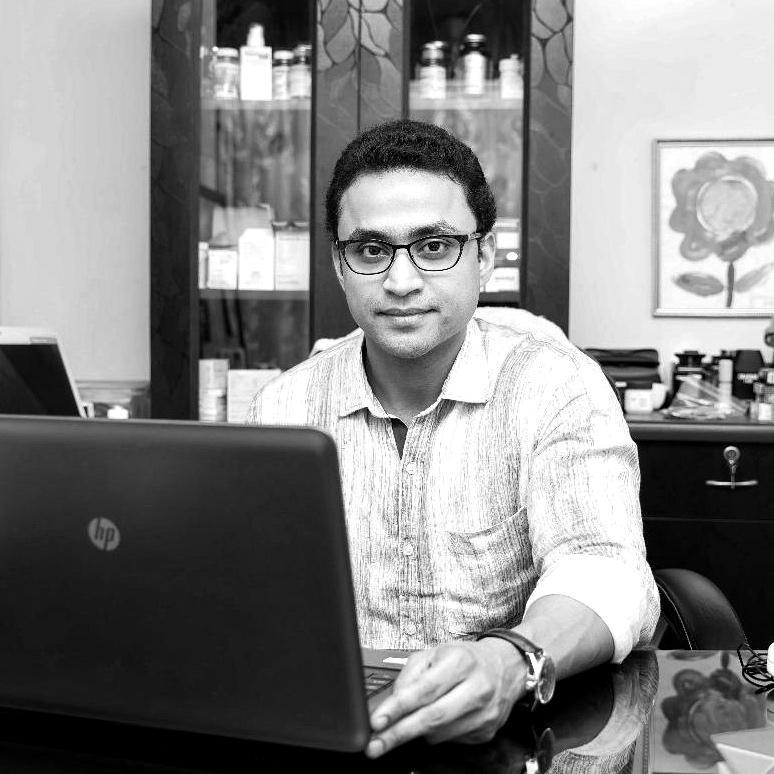 Dr. Aadil Khan is a second generation acupuncturist who has been practicing in Delhi for the last 14 years, and has treated over 15,000 patients only with acupuncture during this period. He has carved a niche for himself in the field of Indian acupuncture, following in the footsteps of his father who was one of the pioneers of the practice in India.

Dr. Khan aims to practice acupuncture to bring health to the people of all socioeconomic groups with a holistic approach by using innovative methods for curing ailments. He has developed a unique treatment style where he tailors his skills towards each individual. He is known for his initiative approach and grounding presence for this holistic modality. His treatment is not only based on his knowledge of ancient acupuncture and clinic experience but also on modern research and new scientific discoveries on the effects of acupuncture in different diseases.

He is one of the few people from the Indian acupuncture field who are also practicing internationally. Dr. Aadil Khan has been widely quoted on social media and general media on key acupuncture therapies and treatments.